NWO Globalists Flip Out After Witnessing What Trump Just Did… Will They “Drain The Swamp?” 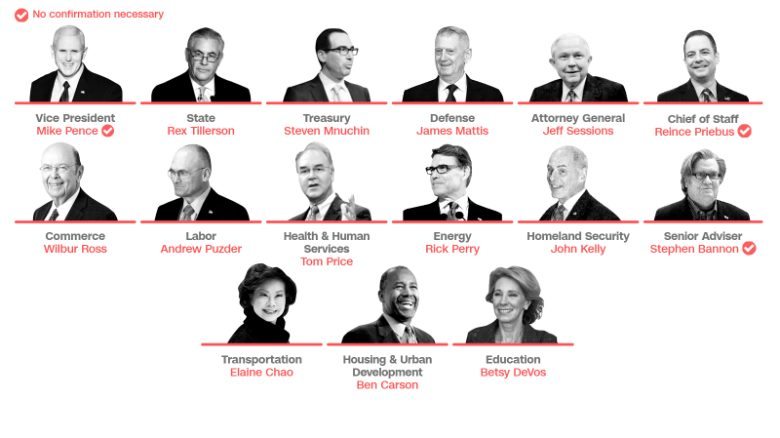 President-elect Donald Trump has been working tediously on picking his cabinet members since he was elected to become the next American President. His cabinet contains some members that will downright change America for the better and some that just might send chills down your spin. I’m hopeful that Trump knows exactly what he is doing and can’t wait to see what unfolds in the first 100 days of his presidency. In the video below I delve through his cabinet member picks and who and what they really stand for.

For Immigration Donald Trump has appointed Conservative Stephen Miller, the former top Jeff Sessions aid. Miller wrote speeches for Donald Trump during his presidential campaign and was instrumental in Sessions’ efforts to defeat immigration reform in 2013.

For Treasury Secretary Trump has picked Steven Mnuchin, one of my least favorite candidates because he is an ex-Goldman Sachs banker and worked as a portfolio manager for the hedge fund of George Soros. He started as a Wall Street insider working for old-line firms and in recent years became a Hollywood movie producer. He served as finance chairman during Trumps presidential campaign and advised him on economic issues. Steve’s job will be being “uncle Sam’s banker” paying bills, collecting taxes, managing the federal government debt and selling billions a year in treasury bonds.

For Secretary of State, the country’s top diplomat position, Trump picked CEO of Exxon Mobil Rex Tillerson. While there is a lot of negativity around his oil company, there are some good things about Tillerson. He has had oversees operations in more than 50 countries. He blocked carbon taxes and he knows how to get commerce going, which might be why Trump may have picked him. He is supposably anti-New World Order and hold conservative views. But considering he’s never voted on anything, that can only be confirmed now that he’s in office. He is the candidate that the left screams has ties with Russia… But to be honest he has ties with many countries because he deals with oil and gas. (I’m just happy it wasn’t Mitt Romney, who would have been a worse pick)

For Secretary of Education, Donald Trump has chosen Betsy DeVoy, a woman, who claims to be against Common Core, however in the past has supported it. Not only has she formally supported common core, but she also has financially donated to those who support Common Core. My hope is she follows Trump.

For UN Ambassador Trump picked South Carolina’s Governor Nikki Haley, daughter of Indian immigrants and her states first female and minority governor. She originally backed Marco Rubio in the election. She does not have much experience in the area however Trump might be banking on her communication and problem solving skills.

For RNC Chairwoman Donald Trump has chosen Republican Ronna Romney McDaniel, the niece of Mitt Romney. She was the chair of the Michigan Republican Party. Republican Bob Paduchik, a veteran campaign operative from Ohio, was also chosen to serve as Co-Chariman of the RNC. Bob worked for presidential candidate Jeb Bush then jumped to Trump where he helped Trump win Ohio.

For Secretary of Defense Trump picks retired Marine General James ‘Mad Dog’ Mattis for, one of the most influential military leaders of his generation. He served in the Marines for more than 40 years and criticized Obama’s defense and national security policies. He will need a wavier from Congress to in order to be eligible due to the fact that he has not been off-duty for seven years. A wavier was reportedly added to the spending bill by Republicans in Congress, thus granting the General his position.

For Secretary of Interior Trump has chosen Republican Congressman from Montana Ryan Zinke, who is also conservative. He served as a Navy Seal from 1986-2008 and was a commander. He is a lifelong under and fisher. He frequently votes against environmentalists issues on coal, oil and gas.

For the Environmental Protection Agency (EPA) Donald Trump picks Oklahoma’s Attorney General, Scott Pruitt, a known climate change denier. He was outspoken and critical of Obama’s EPA and even sued the agency on many occasions. He is a good pick!

For Commerce Secretary Donald Trump has chosen billionaire and Wall Street bankruptcy specialist for Rothschild Inc., Wilbur Ross. Obviously not my favorite pick, however he did criticize the Obama administration for the TPP.

For Transportation Secretary Trump picks former Labor Secretary, Elaine Chao. She made history being the first woman of Asian descent in a presidential cabinet when she became Bushes labor secretary. She was also CEO of United Way and director of the Peace Corps. Her husband is Senate Majority Leader Mitch McConnell.

For Health and Human Services Donald Trump picks 20 year orthopedic surgeon and medical director, Tom Price, who is also a hardcore advocate against Obamacare which he considered a threat to affordable healthcare. Tom served four years in the Georgia State Senate and in 2004 was elected to the House of Representatives and named Budget Committee Chair in 2015.

For Homeland Security Trump picks retired Marine general, John Kelly. Kelly served for 40 years and was the head of US Southern Command for three years. He vowed to take back sovereignty at our borders and to put a stop to political correctness. He respects our laws and the Constitution in America.

Senator Jeff Sessions was his picked for Attorney General. Mr. Sessions is a member of the Republican party and the United States Senator of Alabama. According to National Journal, in 2007, he was dubbed the fifth-most conservative U.S. Senator. He supported tax-cuts and proposed a national amendment to ban same-sex marriage.He strongly opposed the TARP program, Obamacare, the stimulus bill, and all three of Obama’s picks for Supreme Court.

Retired Lieutenant General Mike Flynn has also been chosen as his National Security Advisor. He formally served as the director of the Defense Intelligence Agency, commanded the Joint Functional Component Command for Intelligence, Surveillance, and Reconnaissance, and chair of the Military Intelligence Board from July 2012- Aug. 2014. He also delivered a “fiery” speech that accused Obama of ‘selling out America.’ And strongly believes in keeping open Guantanamo Bay for interrogation and open-ended detention.

For CIA Director, Mike Pompeo will be assuming the roll. Mike is a 52-year Republican and was elected to Congress in 2010 as part of the wave of endorsement by the tea party, of which he is a member. He starkly criticized Hillary Clinton and Obama for misleading Americans and is known as a Clinton antagonist.

Reince Priebus was named White House Chief of Staff by Donald Trump. Reince was the Republican National Committee Chairman. He is a close ally of House Speaker Paul Ryan (not a good guy in my opinion). Trumps election of Reince has been the talk of conservative circles because he’s not the ideal pick, but according to some Trump is using an “age-old” strategy of keeping his enemies close.

Executive Chairman of Breitbart News and Trump Campaign CEO, Stephen Bannon, was named the president-elect’s Chief Strategist and Senior Counsel. Bannon is a very good conservative pick considering he usually sides on the side of truth and he himself is involved in the information way. Known to be part of the alternative right movement.

Most recently for Energy Secretary Trump picked former Republican Texas Governor, Rick Perry, who just five years ago wanted to eliminate the Energy Department all together. He is also a climate change skeptic. 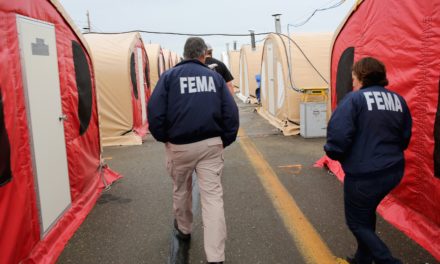 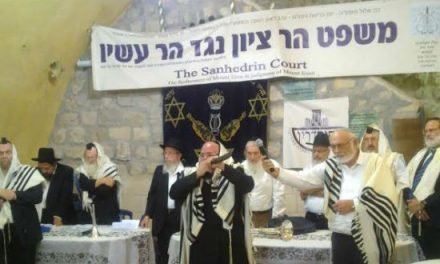 End Times Are Showing: What the Sanhedrin Just Did Is Enraging Christians Everywhere… 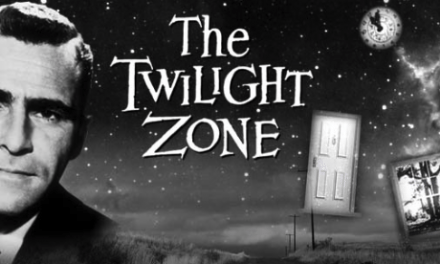